So you’ve made the decision to join the great beardsmen of history by putting down the trimmer and letting your five o’clock shadow bloom into a full-blown, natural proclamation of your manliness. Welcome to the club, you handsome devil.

Whether this is your first foray into the world of beardom or you’ve tried and failed in the past to let your follicles sprout, you know the early days of growing a new beard can be especially trying. Beard growth asks the most of men: exercising extreme patience while also overcoming self-doubt, fear, and severe itchiness. Will you rise to the challenge or crumble under pressure?

The choice is yours, of course, but we’re naturally a bit biased. A beard can complement any man’s face shape, and yours is no exception. Which is why we’ve put together these 4 techniques to help you survive the first few weeks of letting your beard flag fly.

Follow this advice and in no time, you’ll find yourself over the hump of that initial urge to shave, sporting the early stages of the beard you’ve always wanted.

#1. Start While on Vacation

Here’s the good news: for a blossoming beardsman, the period of scaring babies and getting laughed at on dates won’t last much more than a week or so. You can either suck it up and endure your friends’ ridicule for that time, or you can strategically plan to start your beard while at an arm’s length from most of the people you know and love.

Think about it: you’re sitting beachside in Cancun, sipping an ice-cold cerveza without a care in the world, soaking up the rays and letting your stubble slowly peek its way through your sun-kissed cheeks. What better time is there to embark on a pilgrimage to the Land of Beard? All your pictures are of the gorgeous sunsets and fancy cocktails anyway. By the time you return to civilization, your light scruffle will have converted from a patchy mess to the early stages of a respectable beard that your clean-shaven friends will secretly envy. Besides, do you really want to have to wake up tomorrow - slight hangover and all - and shave before you hit the breakfast buffet? Doubt it.

And you don’t need to be at some tropical getaway to pull this off either. Maybe you take the week between Christmas and New Year’s to follow Santa’s lead and let your beard grow. Or, perhaps you have a new baby and while out on paternity leave, you stop shaving and blame it on your new-found responsibility for keeping a baby alive.

The point is, one of the most painful parts of the beginning of growing a beard isn’t anything physical, it’s just your friends tearing you a new one constantly (just ask Martin Starr in Knocked Up). You can either take their verbal bashing, knowing that on the other side you’ll be the one with the epic facial hair, or you can skip it altogether by heading out of town to start your beard-a-ganza.

#2. Throw Out Your Razors

Let’s say you’re not interested in growing a beard, but instead, wanted to get super fit. I’m talking full-on six-pack, bodybuilder ripped. You know it’s going to take you at least a year if not more to make it happen and you’re only at week two. You’ve done a good job sticking to your diet and workout regimen, but there’s one glaring problem: you’ve yet to throw out the Costco-size bin of Cheesy Puffs sitting in your kitchen. You haven’t had a single puff since starting your routine, but the Cheesy Puffs are sitting there, tempting you every single day to eat one. Just one. Do you even really want to be super buff? Why bother when you can just eat the Cheesy Puffs and be happy? 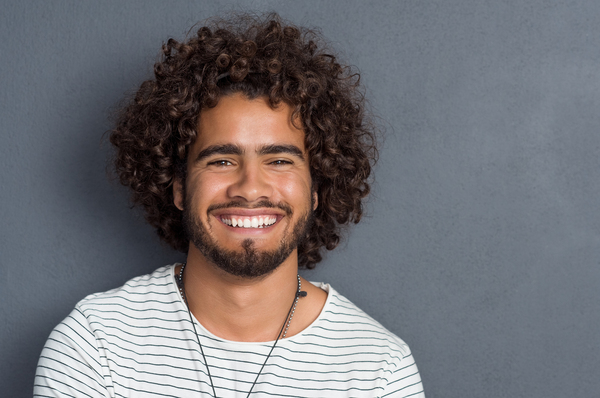 Hopefully, you can see where this is going. Keeping razors in the house is the aspiring beardsman’s version of Cheesy Puffs: a constant temptation that may be too much for a novice like yourself to handle in these early weeks of your beard growing career. Avoid that temptation altogether by tossing out your razors and avoiding the men’s grooming section of your local supermarket. If you own one of those nice, electric razors and don’t want to trash a $125 investment, hand it over to a trusted fellow beardsman and let him keep it locked away until it’s safe to return to you.

Don’t make this more difficult for you than it needs to be. Let the beard grow without the temptation to fall back on your old friend, the razor.

#3. Reach Out to the Bearded Community for Support

Speaking of your fellow fuzzy-faced friends, don’t be afraid to reach out and ask for support from the bearded community as you make the transition from clean-shaven to awesome. Groups of men with beards are historically a friendly bunch and have all gone through the same pain and self-doubt you’re experiencing in your first few weeks. Find a group online or just pop into your local German beer hall - you’re bound to find some beards there to talk with about your problems.

#4. Use the Right Products to Reduce Itch

Here’s perhaps the most important piece of advice in this entire post.

Your beard requires special attention and care. If you leave it untreated, you’re asking for a world of hurt. Beard itch is a curable problem! If you can feel the follicles starting to get scratchy or beard dandruff is flaking on your shirt, don’t ignore it: take action. This should be a tremendous relief for most men with hopes of someday growing out their facial hair. Beard itch is often the biggest fear amongst our clean-shaven brethren, keeping them away from fulfilling their bearded fantasies.

You can stop beard itch from happening. Lovely Beards is here to help. Using organic, all-natural balms and oils not only helps moisturize and reduces beard itch, it can leave your beard smelling like bourbon, black pepper, gingerbread or a number of other great varieties.

Check out the full line of all-natural, organic balms and oils in our shop. And if you have a friend about to embark on a new beard, surprise him with one of the Lovely Beards gift boxes.