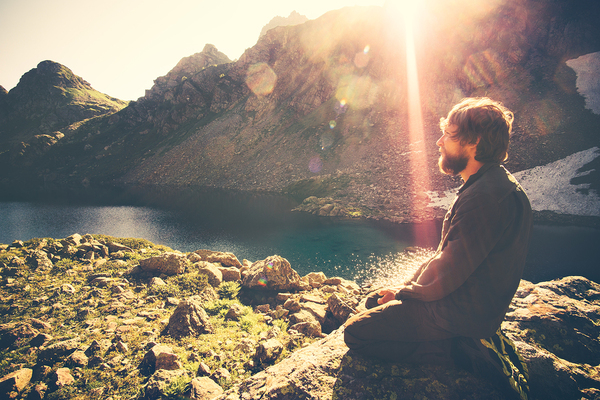 In a recent post here on the blog, you learned all about the importance of using all-natural beard oils and balms to take care of your burly mane.

The fake stuff will hurt your beard and potentially mess up your skin too, so best to avoid anything that isn’t all-natural.

That said, if we’ve learned anything from the honey badger, it’s that not all things in nature are kind. And though all-natural products are best for grooming, there are some forces and products of nature best left away from your facial locks (honey badgers included).

This post goes through 6 different all-natural substances and asks the question:

Are you a friend or foe of the beard?

There’s a rampant myth among the newbies of the beard community that lathering up your face with aloe vera will actually help your beard grow in thicker.

Hate to be the bearer of bad news, but that’s just not the case. The sad truth is, aside from taking care of your skin and hair, there’s not a ton you can do to make your beard grow thicker (or fuller) than it already does. Genetics, man.

That said, aloe does have some perks for the aspiring beardsman. Chief amongst them is the fact that aloe naturally alleviates skin irritation. Think about it: is there any better feeling than cool aloe on a fresh sunburn?

But it’s not just sunburns where aloe can come in handy: you can also use the all-natural substance to help with beard itch. That’s huge for people in the early stages of growing their beard who are wrestling with the persistent calling to shave.

Have you ever seen a vampire with a beard? Me either. So the natural inclination would be to say sun and beards are friends.

But you see, then there’s the vikings. The sun barely comes out at all during the winter in Scandinavia, and those guys have some the most epic beards of all time.

So which is it: friend of foe?

The sun provides a much-needed nutrient to your hair (and beard): vitamin D. Hair loss can largely be attributed to vitamin D deficiencies and there’s no better place to recharge than on a beach, soaking up the sun.

That said, too much sun exposure can actually really mess up your beard game. Extensive time in the sun has been known to cause discoloration and to weaken the follicles, causing more hair loss and a more “scraggly” beard look.

On top of that, we all know your skin and the sun are far friendly. But did you know your beard is actually your face’s natural defense against UV rays? According to Men’s Journal, a beard of just .4 inches can help protect your face from harmful sun rays known to cause skin cancer.

So, assuming your beard and skin are on the same team, I think it’s safe to say the sun is generally a foe, but dare I say, a “fair-weather friend”? Pun intended.

Oh, great. First the sun, now the ocean. Pretty soon this article is going to tell me Santa isn’t real and all fun will be stripped of my life.

But, you’ll be happy to hear this one is a bit of a toss-up. On the one hand, you’ve got fisherman claiming the ocean water makes their beard soft (albeit a bit clumpy). But on the other, some claim the salt dries out your beard, leaving it feeling brittle and itchy.

With that said, just as the occasional cheeseburger isn’t going to make you fat, spending a moderate amount of time at the beach isn’t going to ruin your beard. And if you do feel your beard drying out from a day catching waves, simply apply some all-natural oil to keep things fresh and soft. 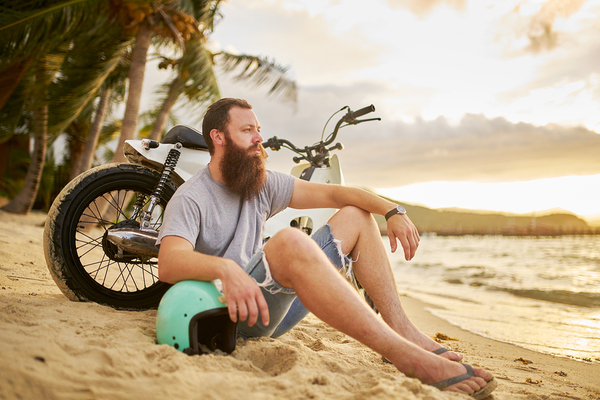 You’ve probably heard the claims that the Mediterranean diet is the healthiest in the world, largely due to the extensive use of olive oil. But does that mean that the great Greek beardsmen of history?

The ancient Greeks viewed beards as a sign of virility and only shaved during mourning. And with all that olive oil just lying around, who’s to say they didn’t lather up with a spritz here and there to keep the beard soft?

After all, many men still use it today. You don’t want to apply much more than a few drops (or else risk a greasy beard), but a little oil in the beard keeps your facial hair in top order.

The same goes for honey. A little honey mixed with lemon will keep your beard soft and well-conditioned. Not to mention the sweet smell for those you let close (or just your own benefit).

Of course, for our bearded friends of the hippie variety, you might be opposed to using an animal product on your face. In which case, stick with the all-natural oils to have a similar effect.

Picture all the beards north of the wall in Game of Thrones and you might think a beard and the cold pair well together.

But the truth is, the cold can actually have an adverse effect on your facial hair. Beards do in fact keep your face warmer, which is a good thing when you’re standing in the blistering tundra. But, they actually might be almost too good at their job.

According to Popular Science, a prevailing theory on male-pattern baldness is that beards can make your brain overheat, so evolution created a solution: shed some of the stuff up top to create more breathability.

Is that the fault of the cold? Maybe not. But if men are growing beards to stay warm and they're gaining a cul-de-sac hair style as a result, I think it’s safe to put this one in the “foe” category.

While some forces of nature can help your beard, others can be rather harmful. Either way, a good, all-natural beard oil - like those from Lovely Beards - can help moisturize and condition your beard to protect you from the elements.